Inscriptions: Both sides of the blade spike have the same gold inscription in Persian:

(This belongs to Muhammad Jahān Rūshan)

This is listed as a firangī  sword because of its blade. Although this blade was probably locally manufactured, such straight blades were initially imported from Europe. The blade has a faint eyelash marking which originated in Europe in the 16th century, and by the 19th century, such symbols started appearing on Indian blades. The hilt is profusely decorated with paisley motifs in gold. The pommel has spiral and zigzag designs while both sides of the blade spike have the same gold inscription in Persian. 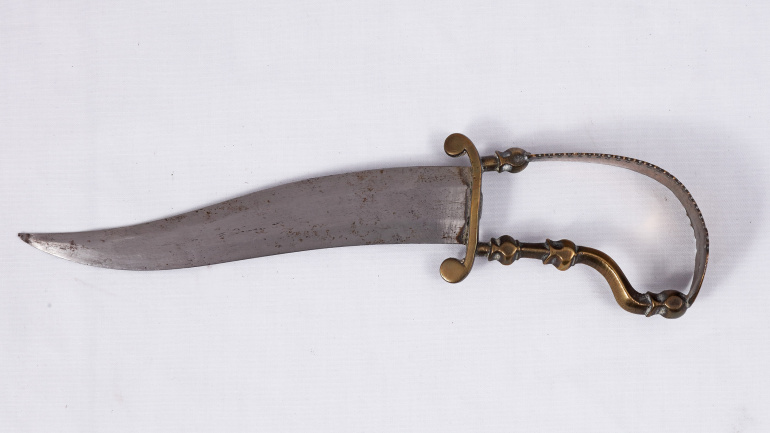 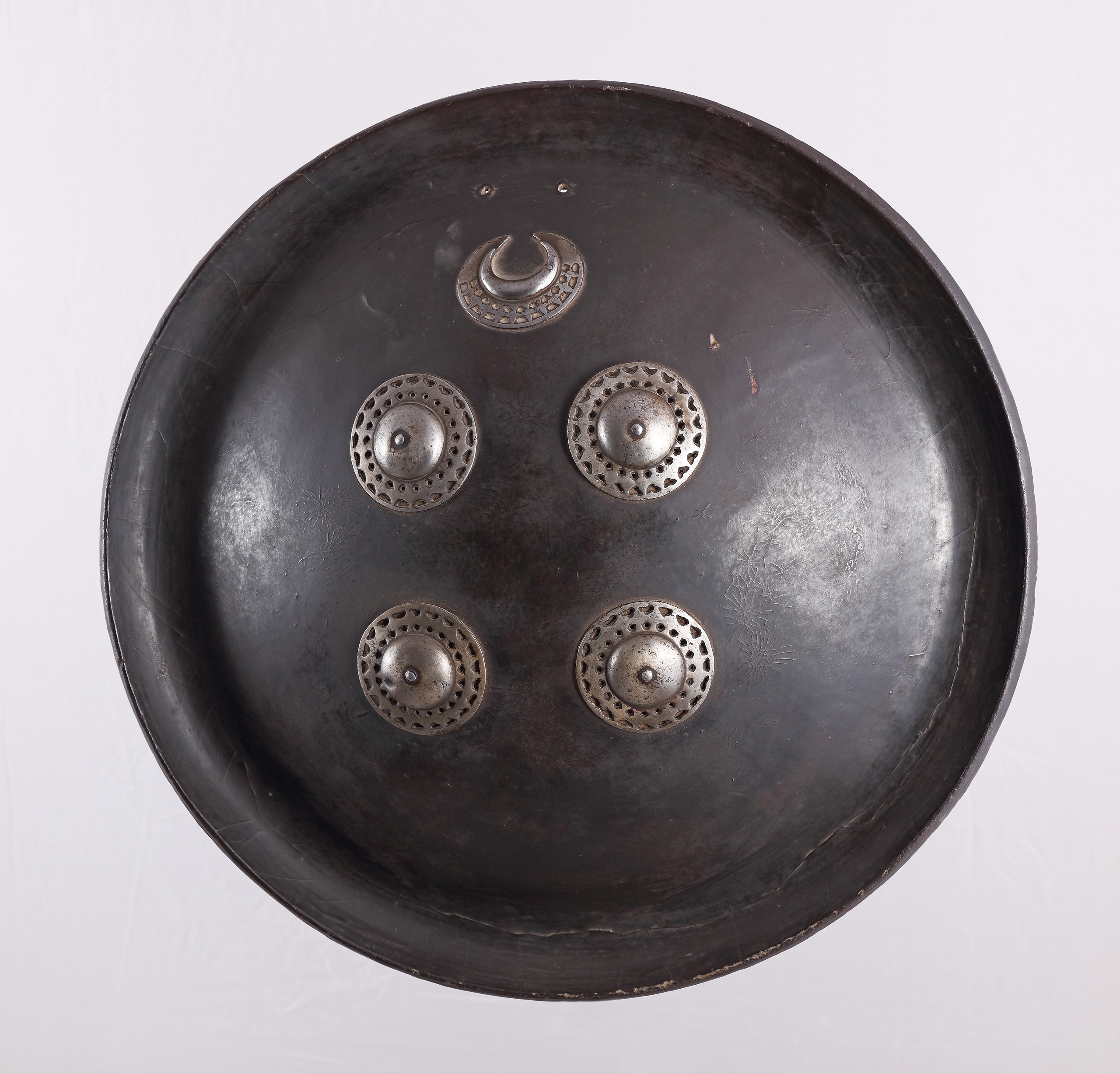 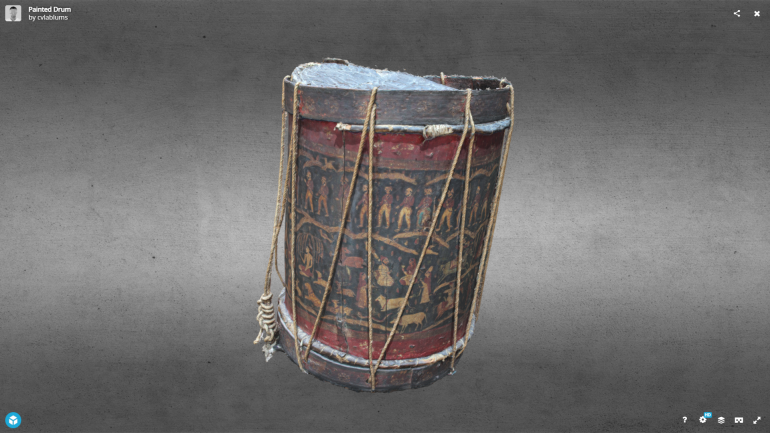