The surface of the drum is painted in bright red with a figurative composition encircling it. Different themes are presented in unbound registers with the top section showing a war scene and the lower band representing glimpses of the idle pastoral life. The war scene features Fauj-i Khās foot soldiers in their red jackets and white trousers carrying their rifles marching in a file. Some of these soldiers are beating war drums very similar to the object under discussion. Behind them is a raja riding in his hauda mounted on a white elephant followed by equestrian Sikh nobles. Another section of the drum has the ghuṛ-ćaṛhās or equestrian soldiers engaging in battle with their mounted counterparts. Some sections of the lower register show pastoral scenes where male and female figures are busy in their everyday life activities oblivious to the commotion around them.

Please view the 3D model below in full screen mode [  ] for the best results.

Painted Drum by cvlablums on Sketchfab 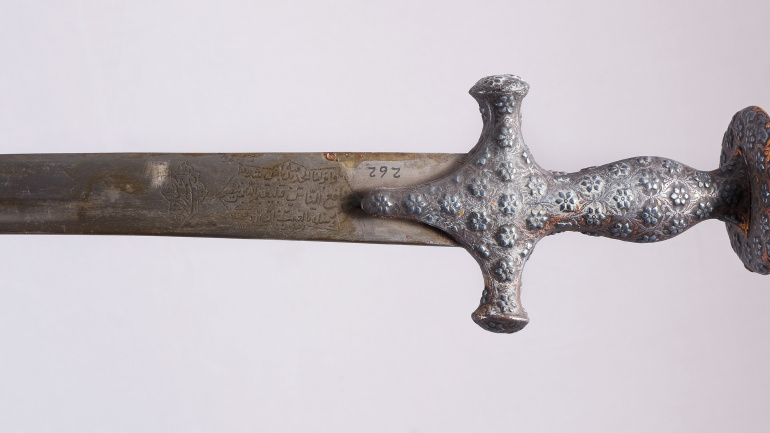 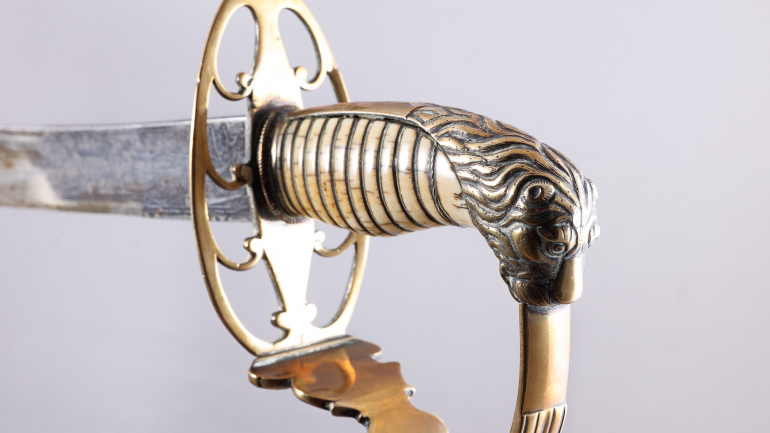