The hilt of this Anglo-Indian sabre is in the form of a 19th century British cavalry sabre with a brass pommel in the form of a lion's head. The grip is made of ivory but its wire bindings are missing. The knuckle-guard and hand-guard are made of brass. The blade is Indian with an Arabic inscription carved in relief. This inscription is the short form of Nād-e-‘Alī (Call Upon Ali)—an invocation to Imam Ali, the fourth Muslim Caliph, recited by Shia Muslims in times of distress. 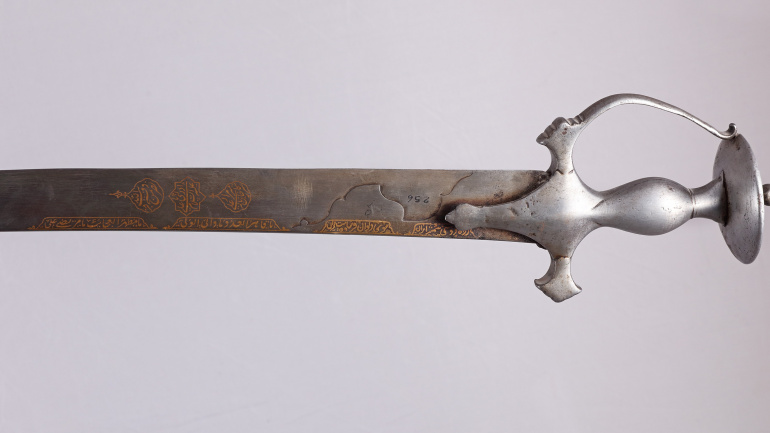 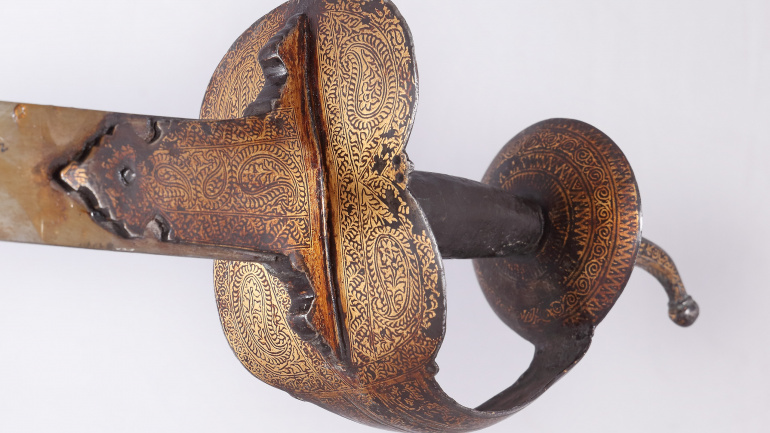 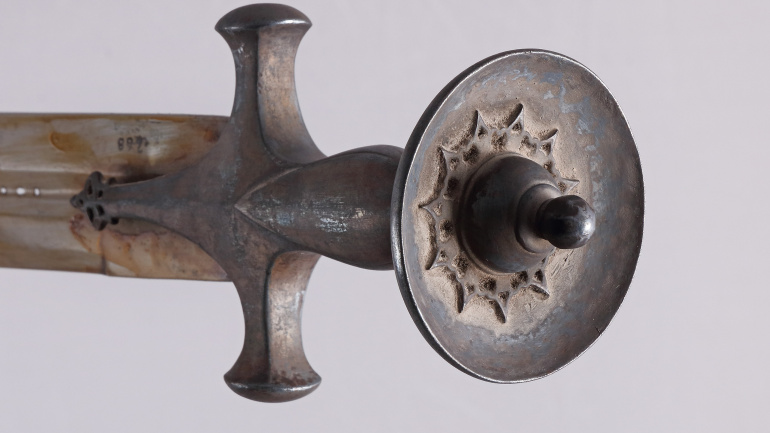