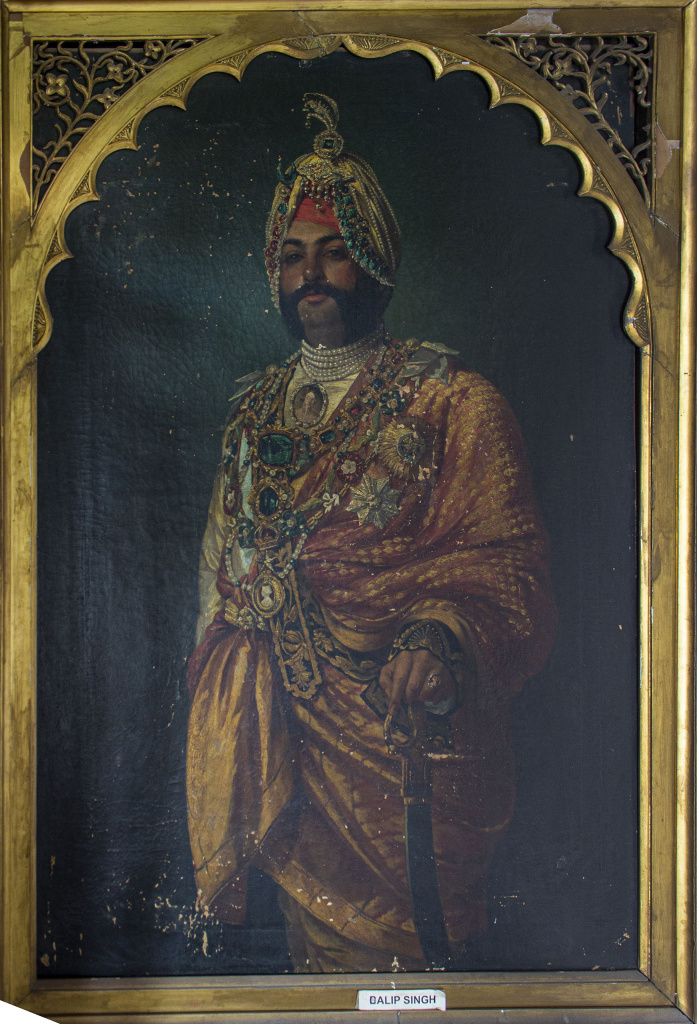 Maharaja Duleep Singh’s pose in this oil painting by J. A. Goldingham is closely comparable to an earlier portrait commissioned by Queen Victoria and painted by Franz Xaver Winterhalter (on display in the Durbar Corridor, Osborne House, Buckingham Palace, London). While we see the Maharaja as an eighteen year young man in Winterhalter’s painting, Goldingham captures him as a middle-aged mature man. Other similarities between the two paintings include the colours and materials of the costumes including the brocade turbans as well as some jewellery pieces such as the pearl strings and the miniature portrait of Queen Victoria hanging from them. Aijazuddin notes that this portrait was given to Duleep Singh by Lord Hardinge. 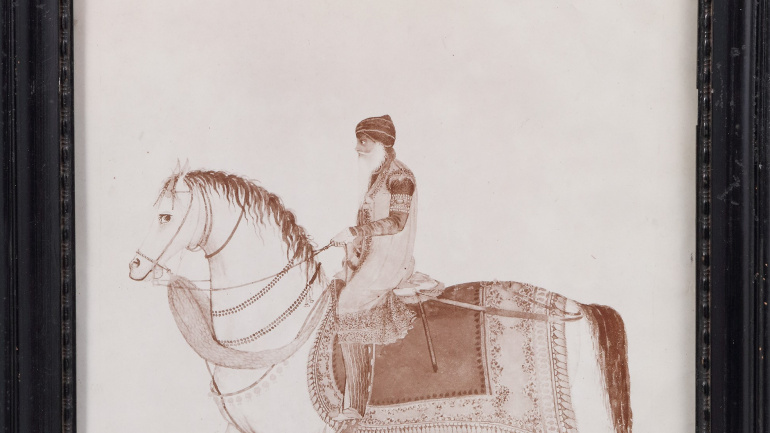 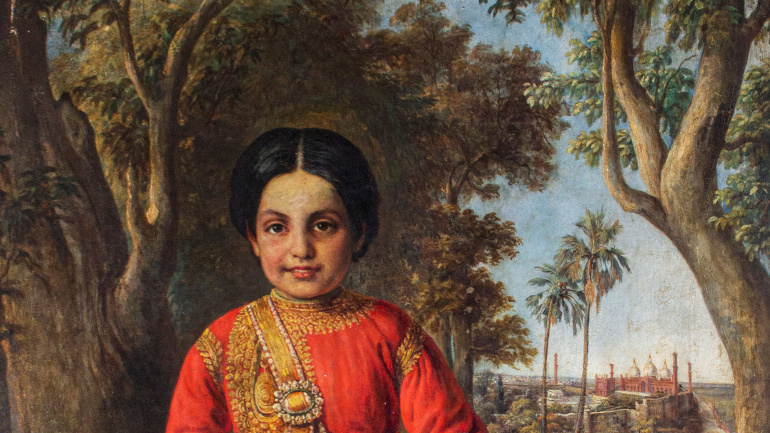